The horrific bombings that shook Sri Lanka on Easter Sunday are no longer newsworthy. The world’s attention has shifted elsewhere, and yet people across the country are still seeking answers to the events that took place a month ago.

What is not widely reported is that angry mobs are now attacking Muslim families and places of worship in Negombo in ‘retaliation’ for the bombings, or that 1,100 people have already fled their homes, fearing for their lives. Many of the people fleeing from the violence are refugees from Pakistan, Afghanistan and Iran, including Pakistani Catholics. As Biraj Patnaik, South Asia Director at Amnesty International, said:

“These are people who have been dispossessed twice now because of their backgrounds. They had hoped to find safety in Sri Lanka after fleeing the violence of bigoted mobs in their own countries. Now, they are faced with the same fears that forced them here, leaving them unable to leave their shelters where they languish in dire conditions.”

The attacks are not confined to Negombo, where one of the bombs was detonated. They are taking place across the country. According to Amnesty International, the UN refugee agency has so far unsuccessfully attempted to relocate some of the refugees and asylum-seekers to other parts of Sri Lanka. After already experiencing the social trauma of displacement, injustice and loss, they are being turned away yet again.

Since the Easter Sunday attacks, I have been in regular contact with our local partner, Dishani Jayaweera, from the Centre for Peacebuilding and Reconciliation (CPBR). She and her team were among the first to travel across the country to talk to religious leaders in an effort to defuse tensions. Thanks to the quick support from some funders in the US, we were able to send Dishani funds immediately to support inter-faith dialogue work and to collaborate with other groups who are trying to protect Muslim communities from further violence. Another donor and trusted friend to Peace Direct has offered additional funding to help protect people at risk of attack. When we hear of ‘atrocities’ taking place around the world, this is how they often start; first with demonising the ‘other’, followed by sporadic attacks on a particular group of people. Systematic attacks often follow, and before long, entire communities have been dehumanised, killed or forced from their homes. All the signs are present that this could happen in Sri Lanka unless action is taken now.

Since the Easter Sunday attacks, I have been in regular contact with our local partner, Dishani Jayaweera, from the Centre for Peacebuilding and Reconciliation (CPBR). She and her team were among the first to travel across the country to talk to religious leaders in an effort to defuse tensions. 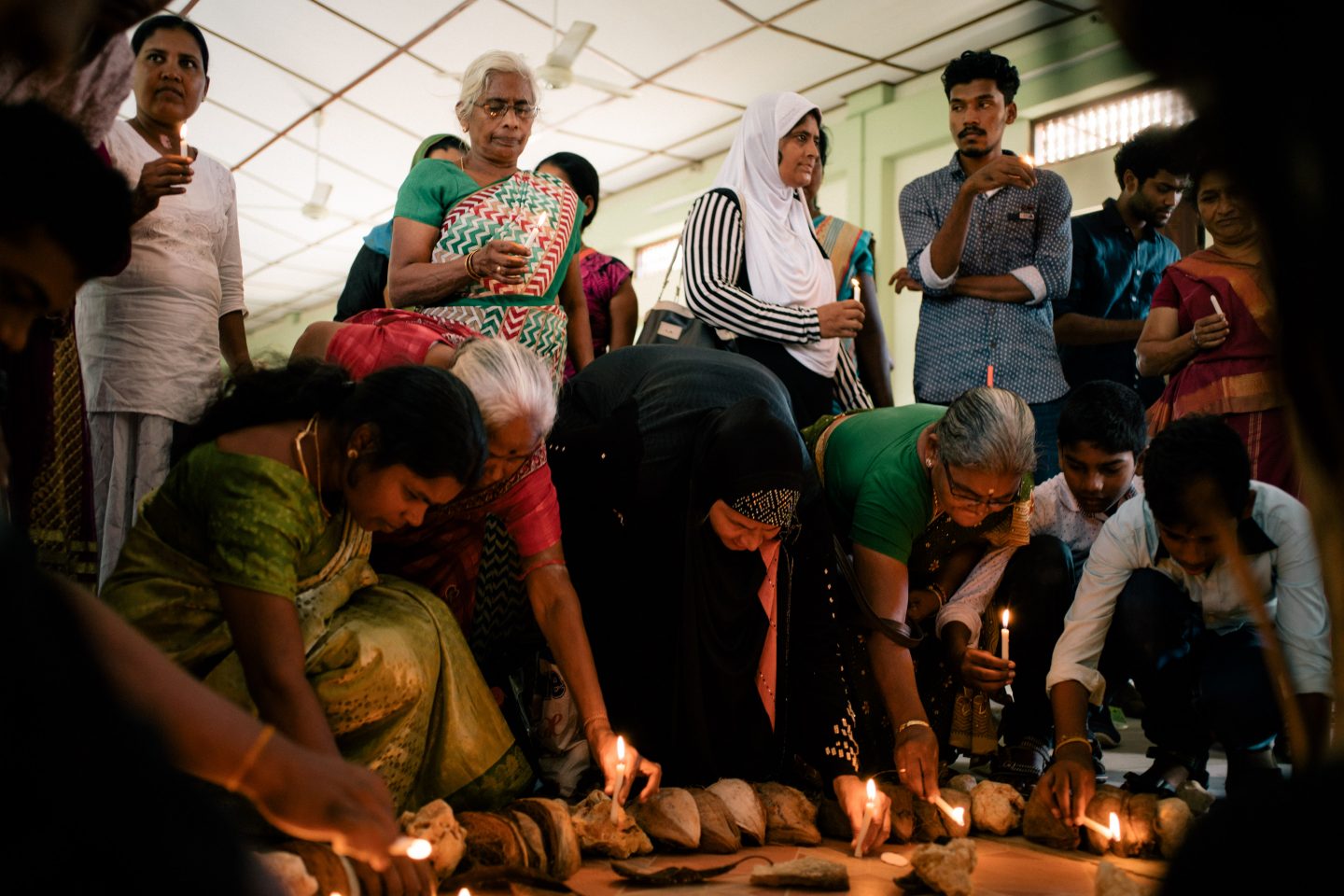 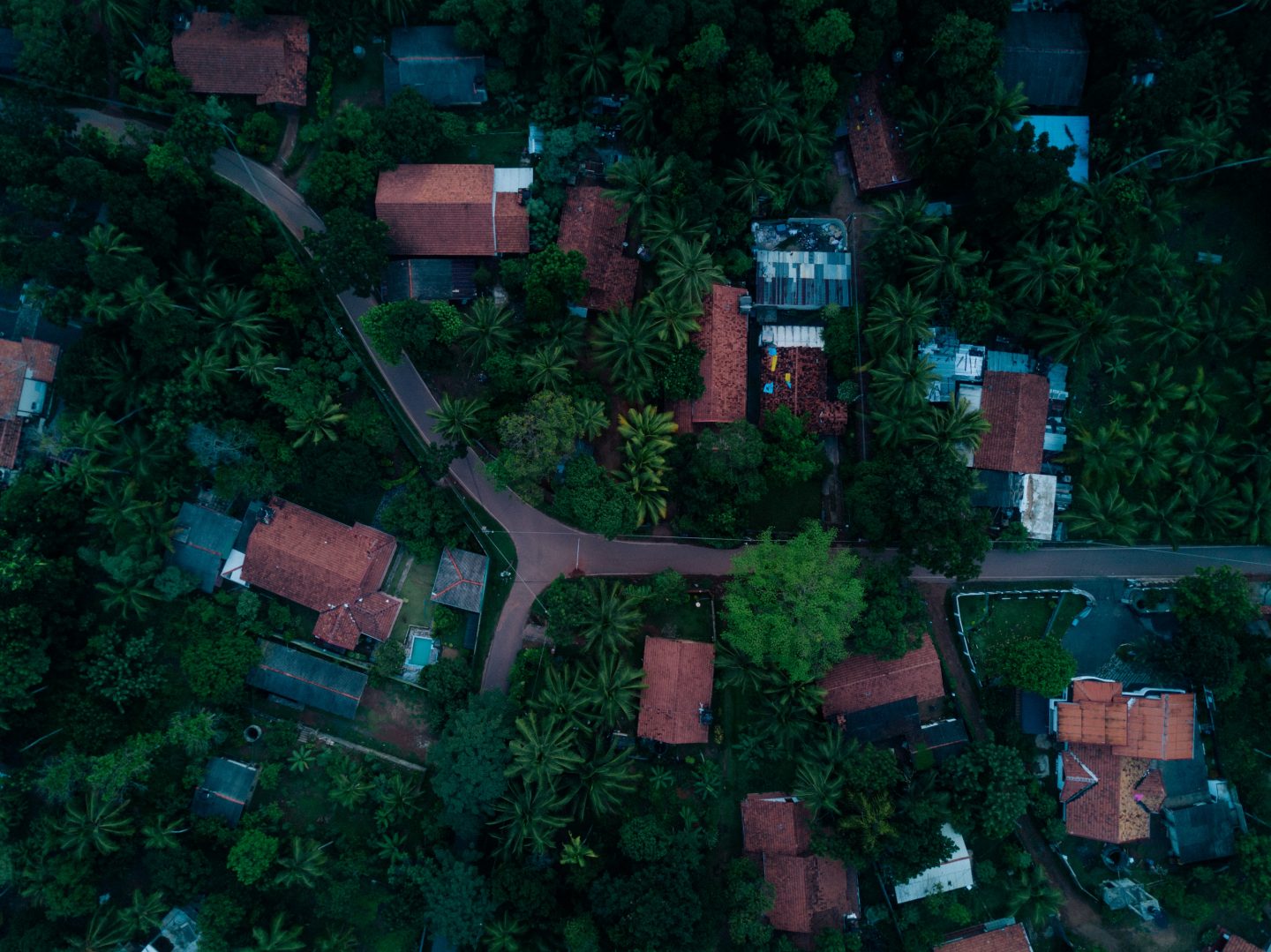 Whilst the risk of tensions flaring up again is significant in Sri Lanka, peacebuilders like Dishani from CBPR are already working in areas often out of bounds to the international community – intervening in disputes and diffusing tensions before they escalate. Working on the ground, CPBR are supporting communities to heal from trauma, rebuilding the relationships damaged by violence and convening people from all different faiths to restore trust and build the foundations for long-term peace. By engaging with young people, leaders and members of civil society, they are bringing individuals and groups together to revive positive relationships and reduce animosities through dialogue. This vital work is urgently needed across the country. There is no time to lose.

Working on the ground, CPBR are supporting communities to heal from trauma, rebuilding the relationships damaged by violence and convening people from all different faiths to restore trust and build the foundations for long-term peace.

Dishani told me that their first inter-faith dialogue meetings have gone well, despite the pain of meeting under such circumstances. Curfews are in place, social media has been blocked and tensions are high. “Things are so fragile right now. Some of my team feel lost. Lost is not a feeling I am familiar with, but this situation is different” she says. In the last two days her team organised inter-faith dialogue meetings with religious leaders to try and defuse tensions and has met with youth leaders to mobilise them to reach out to young people to prevent violence. More is to come, and she and her team know that they have to move quickly. She is distraught at what is happening across the country. “This is the life we have created for our children’ she says to me, while crying. She signed off a recent email to me with the following words: ‘Dear all at Peace Direct… thank you so much for being there…”

And so I am reminded that while we may be thousands of miles away, she needs us to be there for her and her team, to support whatever they need and as quickly as they need it.

For Juneteenth, our Development and Administrative Associate in the U.S. shares her reflections. Read more »