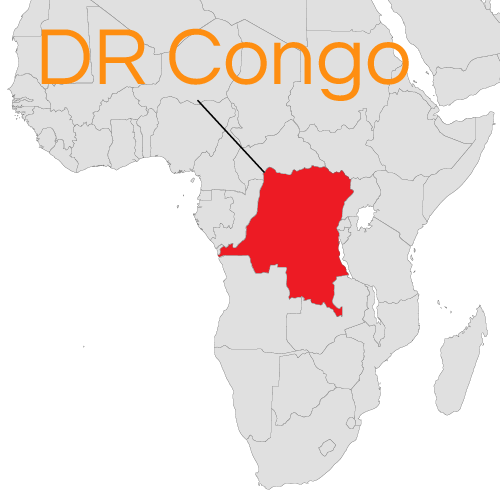 2019 continued to be a challenging year for the Democratic Republic of Congo (DRC). In January, Felix Tshisekedi was sworn in as president following long-delayed and disputed national elections, marred by violence.

Ethnic tensions resurfaced in Ituri province between Lendu and Hema groups. In North and South Kivu,  720 civilians were killed and more than 1,275 others abducted or kidnapped. A further 253 deaths were recorded in Beni from over 100 attacks by various armed groups. The ongoing health crisis caused by the Ebola outbreak continued in 2019, with outbreaks spreading to the eastern provinces.

We increased our work in 2019 to support local organisations whose efforts take place at the epicentre of outbreaks of violence, disease and unrest. Their brave work is urgent, vital and important.

We work with the Beni Peace Forum, a network of local organisations reporting violence and human rights violations in Eastern DRC. With our support, the Forum trained 247 of its members on monitoring and response in 2019. Eight training sessions were held for civil society actors on early warning and early response and data collection, which led to the creation of eight Local Protection Committees to form an early warning system across the region.

Through the Forum’s position as an established peacebuilding actor in the region, and its network of Committees, it has strengthened communication and trust between authorities and communities. Cases of human rights violations formed part of a culture of impunity that is now denounced. In learning their rights, community members now call for them to be respected. In addition, the Forum intervened successfully to take action in cases of arbitrary or wrongful arrest and violence, securing the release of 30 people, and bringing justice to survivors of gender-based violence. The work of the Forum has been picked up by national media, highlighting the difference they are making, and they are  building a culture of accountability in a region where access to justice and trust in authorities is low.

Gold mining in Eastern DRC degrades the environment and compromises the health of hundreds of thousands. The work we support our partner Centre Résolution Conflits (CRC) to do enables those affected by war in DRC to produce ethical and environmentally friendly gold in two cooperatives.

Both cooperatives are situated in the volatile territory of Djugu, which saw outbreaks of violence in the summer of 2019. In a major achievement and sign of peaceful cooperation, the villages located by the cooperatives managed to stay out of the violence taking place in neighbouring communities and the rising tension in the region. In fact, in 2019, all minor conflicts that developed in the areas surrounding the mines were successfully resolved by the cooperatives’ ‘Peace Committees.’

Bringing communities together with a common aim: producing ethical and environmentally friendly gold, has enabled former fighters to reintegrate into their communities. Previously feared, ex-combatants now play an active role in community life, and CRC is working hard to reduce stigmatisation around former fighters, and to raise awareness on child protection in conflict. 1,831 cooperative members have received training in conflict resolution, of which one third were former fighters.

As a result of being part of the cooperatives and its training activities, over 950 children are now attending school once more, and families are seeing increased levels of income.

The cooperatives are now running with the largest number of members so far, using new and improved machines and increasing the rate of gold production. At the same time, they are managing their finances, budgets and savings to contribute to community development. In an area struggling with active and ongoing ethnic tensions, this project is making important strides in helping communities affected by violent conflict to heal themselves and build a future that they own.

In their words: Patience's Story 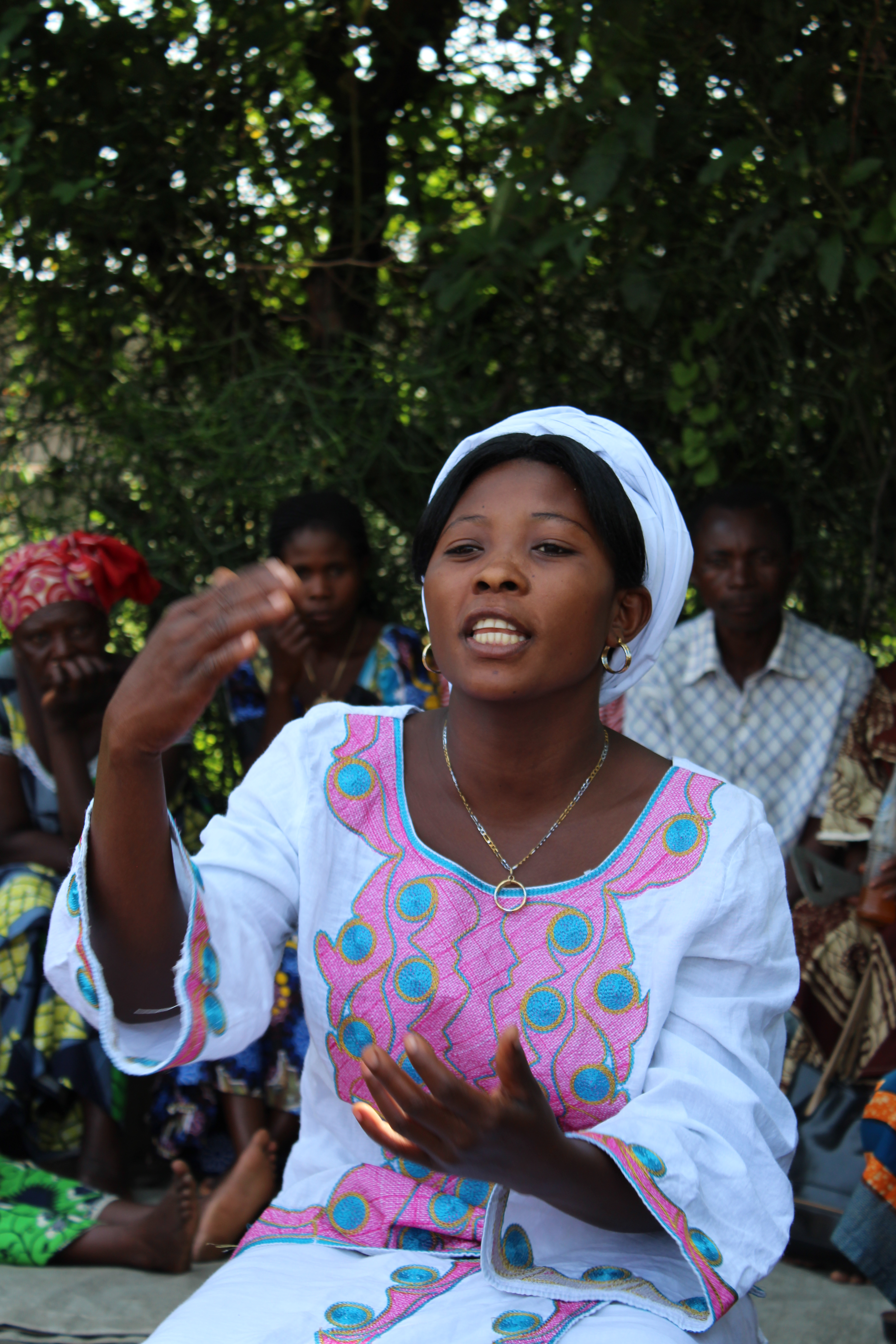 “I live in eastern DRC in Ituri with my young son. I am a member of a cooperative. In 2002, when I was still a minor, I was raped by two militiamen. When I was 15 years old, I joined that same militia, and after three months of training, I was a soldier.

One Tuesday at around 10am, I started shooting at the enemy. It’s a horrible story that I don’t like to tell because of what I experienced, what I suffered, what I did. It was horrible in the bush with the militia, I had no consideration for others. I took an active part in several expeditions and finally I decided in mid-2006 to withdraw from the bush. I managed to find a demobilisation programme nearby. Women working in the mine were exposed to all kinds of violence. Some practised prostitution, others debauchery. The work of women in the mine is deplorable and unacceptable.

I managed to find a programme nearby for former fighters. I got married but still could not adapt to home life. I suffered from trauma, I felt alone, and my husband was scorned for marrying a militia woman. I got divorced to join the mine, but the men mistreated us, the women had no rights, we earned very little, and with difficulty.

One Sunday, while at church, a notice was shared on a local group, Centre Résolution Conflits, coming to the area to speak to people working in the mine. This focused on the rights of women and children. They also introduced the trauma program, which really touched me. Since joining their cooperative, I have been part of the trauma counselling program, and things have improved more at home.

I’ve also been using different techniques to mine gold, and my profits have tripled! I have already bought two plots of land in my village, one is well built and already has 68 sheets and the other is well on the way. I teach my son at home and I am able to support my parents in their old age. I encourage my friends who work as independent gold miners to join the cooperative to benefit from the right support, and to increase their income. The CRC cooperative has made a big change in our community since the gold panners agreed to produce responsible gold without conflict, without mercury and meeting environmental standards.

Our sincere thanks to CRC for bringing this initiative to us, and to Peace Direct for their support.”

In Eastern DRC, we continued to strengthen the work of the Local Peacebuilding Support Office. Their efforts focus on building the skills and capacities of local organisations focusing on the community-based reintegration of ex-combatants. To date, the Support Office has contributed to the creation of eleven active working groups, involving a total of 231 organisations.

The number of dedicated peacebuilders in Eastern Congo is inspiring, yet coordination is vital to ensure work is not duplicated, but done collectively and effectively to build impact. The Support Office working groups have created opportunities for collaboration on conflict analysis and management. Local groups with similar aims now come together to develop joint projects and activities, meaning they are more trusted in the community, and can combine their voices to amplify a shared message. They have also removed competition over resources by encouraging groups to work together for collective impact and to create joint funding pots.

Members of the groups now feel their work is better coordinated, and the network of peacebuilders in Eastern DRC is stronger and more synchronised as a result.

“Before the existence of a working group of local peace actors, actions were carried out in a dispersed manner, with each organization isolated in its own corner. Since the establishment of the working group, we have carried out quarterly context analyses to harmonize our priorities with peace needs, which allows us to plan and implement collaborative peace advocacy activities.” – a member of a working group, Masisi

As part of our Local Action Fund, we are also working with NPCYP (National Partnership of Children and Youth in Peacebuilding) to improve coordination between youth peacebuilding organisations.

In 2019, we continued partnering with CRC in their work to strengthen livelihoods through agricultural activities with local communities. CRC has set up 19 agricultural cooperatives composed of a mix of genders, tribes, and civilians as well as ex-combatants – totaling 619 members, and reaching over 2,500 people, including family members.

Over the course of the year, 582 people received training in new agricultural techniques to apply to their fields. 96% of this group also received training in financial management and accounting, to boost their ability to manage their income from the agricultural activities. Many cooperative members are already developing their own income-generating activities through the technical and management skills they have received, for example fish farming, carpentry and oil mills.

One of the key achievements of the cooperatives is changing attitudes towards and treatment of ex-combatants. Former fighters in Eastern DRC often find themselves excluded from group activities, and stigmatised in their communities. The many former fighters active in CRC’s cooperatives work and live peacefully with civilians. Not only do they live together peacefully, but many ex-combatants have taken up the position of cooperative chief.

By combining reintegration support for former fighters with livelihood-building and community activities, CRC is ensuring that ex-combatants can participate in community development activities, interact with civilians and gaining trust once more. 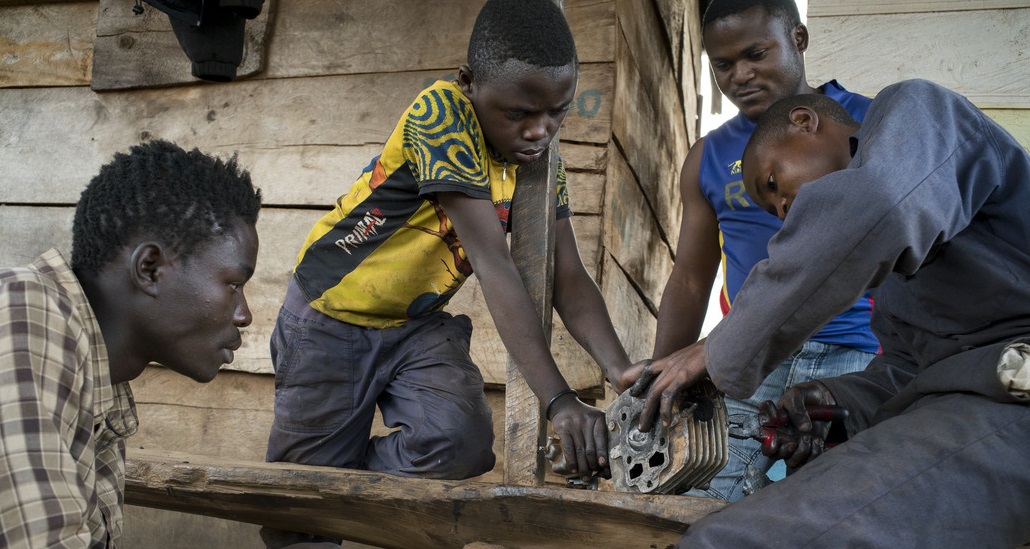 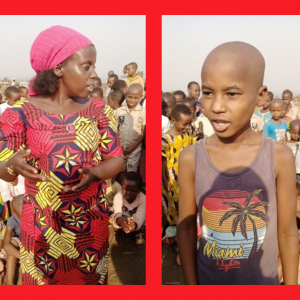 This summer, the UN issued  a ‘code red for humanity’ in a report on climate change. At the end of this week, the UN Climate Change Conference (COP26) takes place in Glasgow, a global event to accelerate action to tackle climate change. Read more »

What we do in DR Congo 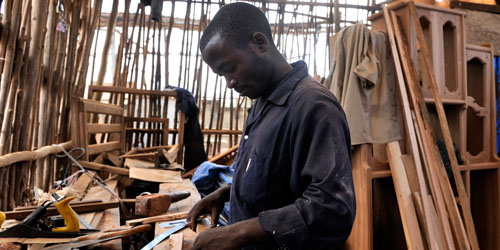 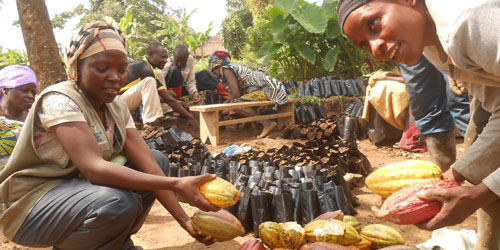 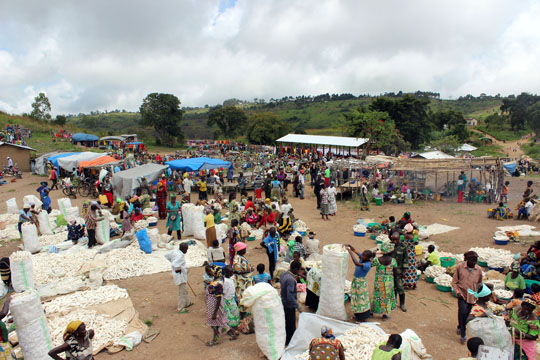 Background on the conflict in DR Congo 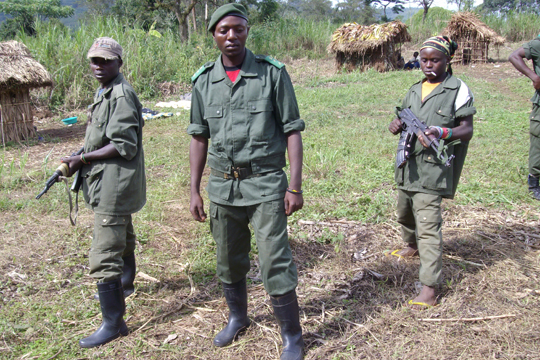