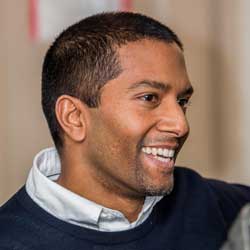 As many of us return to work to start the New Year, we will undoubtedly be looking back at 2015 and hoping that 2016 will offer greater hope to many around the world. For the estimated 1.5 billion people that are affected by violence and insecurity, we hope that 2016 will offer them the chance of peace that 2015 didn’t provide.

The images from 2015 that loom large in the minds of many people are ones that we all would like to forget. The lifeless body of Alan Kurdi – the young Syrian boy found washed up on the beach of a Greek island – the people fleeing the Bataclan concert hall in Paris, the peace rally in Ankara, Turkey, where a suicide bombing resulted in the deaths of over 100 people. There was the exodus of people fleeing Syria and the images of utter devastation across parts of the Middle East – in Syria, Libya, Yemen and Iraq.

That a fifth of the world’s population, equivalent to the population of China, live in the shadow of violence and conflict is a deeply sobering thought. As is the statistic that there are now nearly 60 million displaced people worldwide, people who have fled their homes mostly as a result of war and violence. Yet 2015 should also be remembered for the signs of hope that provide a different narrative to the doom and gloom that was so often portrayed by the world’s media.

We saw the Nobel Peace Prize awarded to the National Dialogue Quartet in Tunisia, comprising four civil society organisations that mediate between secular and Islamist groups within the country to advance peaceful democratic development. As the Nobel Committee remarked, their work shows that “Islamist and secular political movements can work together to achieve significant results in the country’s best interests“. This surely is one of the most important and vital messages that needs to be promoted not just here but throughout the world. It also demonstrates just how important civil society organisations are in places where governments are weak and peace is fragile.

Globally, we saw the signing of the sustainable development goals (SDGs) and, for the first time, a focus on peace, justice and inclusive societies. Governments will now be expected to commit funding to the SDGs and this – we hope – will lead to greater funding for people working on the frontline who are trying (and succeeding) against insurmountable odds to build peace.

At Peace Direct we start the New Year more determined than ever to help people affected by conflict build a better future for themselves and their families. We’re redoubling our efforts to support more local communities in places such as DR Congo, Pakistan, Sudan and Somalia, as well as looking to expand our reach globally. Our new five year strategy will be launched in the next few months, which sets ambitious goals for our work with local partners in some of the most hard to reach conflict affected countries.

What will this look like? Well, we want to help more people at risk of turning to extremist groups to choose a different path so that they can secure a safe and sustainable livelihood for themselves and their families. We want to help more people who are caught up in violent conflict to reintegrate into the communities so that they become agents of peace. And we want to help local people working in conflict zones to respond quickly and effectively to stop outbreaks of violence before they escalate.

To do this we’re expanding our team, not only in the UK but also in the US to help us provide more support to our partners worldwide. And we want to be more vocal and visible so that our message – which is overwhelmingly one of hope – challenges the way people think about violent conflict and extremism and galvanises people to act in support of local people and their efforts to build peace.

We’ll need your help with this. Your solidarity, your energy, your ideas and, of course, your financial support. We’d love to hear from you as we embark on our exciting plans, and we hope that by being part of Peace Direct you’ll help us reach communities and people who are already hoping and praying that 2016 will be a more peaceful year for them and their communities. With your help, this might just be possible.

Technology for peace, known as ‘peacetech’, has increased recently, with local peacebuilders using social media, data and a host of other tech advancement to drive for peace and tackle insecurity. New report by Peace Direct explores technology and peacebuilding. Read more »