If one thing is clear, it is that stories have power when it comes to peacebuilding. So often in war, people are silenced. Whether it is through fear, or the breakdown of infrastructure, people’s voices often cannot be heard from war zones. These stories from our annual event celebrating local peacebuilding took us on a journey. We felt the anguish of war, and the hope brought by peace.

With the help of renowned storyteller Jan Blake and our visiting peacebuilders, we heard four stories of lives torn apart by war, stories of incredibly courage. Despite the hardship of their circumstances, these people chose to stand up for peace. They chose to stand against militia groups and occupying forces, to strive for peace for themselves and their communities.

Hearing a story of bravery in the face of great loss delivered by filmmaker and journalist Yasmin Fedda, we introduced one of our new Syrian partners, Zoomin. Zoomin are a civil society organisation striving to develop partnerships between leaders and holders of power across Syria in order to build a more inclusive, equal, democratic, and peaceful society. They focus particularly on reducing clan conflict in Syria, but are also striving to reduce child armament, and bring women into peacebuilding processes.

We celebrated the work of one of our Tomorrow’s Peacebuilders 2015 winners, Combatants for Peace, by hearing from one of their volunteers, Tal Rogoff. Recounting her experiences of conscription, and attempting to make sense of the Israel-Palestine conflict as she grew up, we were reminded of the remarkable work of Combatants for Peace. The organisation is a collective of people who have experienced the Israel-Palestine conflict first hand. They have chosen to turn their backs on violence, and encourage others to do the same. They spread their message through a range of creative ways, such as theatre and immersive performances.

Represented by their founder and chief executive officer, Jaya Luintel, we heard stories from The Story Kitchen, Nepal. Historically, the women of Nepal have been unable to have their voices heard, or pursue their dreams, overshadowed by their male counterparts. Many suffered greatly during the 10 year civil conflict from 1996-2006, losing family members, and suffering gender-based violence. The Story Kitchen uses broadcast journalism to help women project their voices, and rebuild the lives of those torn apart by the war.

Delivering our final storytelling performance, Jan Blake told the story of Abdulaziz, a participant of a project run by our partner, SADO, in Somalia. Providing practical and business training in trades like plumbing and tailoring, SADO offers an alternative to poverty, or joining an armed group, for many young people in Kismayo, Somalia. This training ensures that young people can support themselves, and their families, for the future.

If one thing is clear, it is that stories have power when it comes to peacebuilding. So often in war, people are silenced. Whether it is through fear, or the breakdown of infrastructure, people’s voices often cannot be heard from war zones. These stories took us on a journey. We felt the anguish of war, and the hope brought by peace.

We also revealed the three Tomorrow’s Peacebuilders award winner, which are as follows: 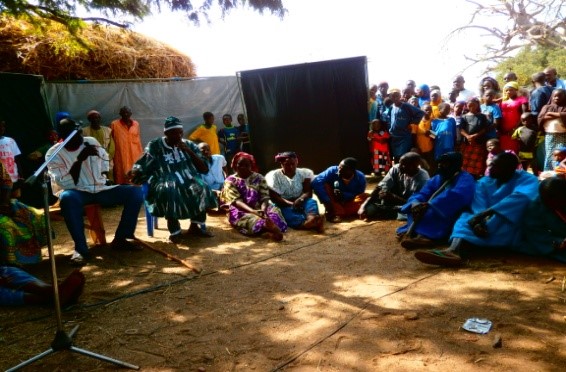 In Burkina Faso, conflict is growing between different rural communities over the use of land and other natural resources. In recent years this has been exacerbated by the effects of climate change. In the face of this, ABAC is working to empower diverse communities, particularly farmers and herders, by giving them the skills, resources and techniques to effectively manage conflict. This peacebuilding work includes providing training, facilitating dialogue, producing information materials in local languages, and working with local government. 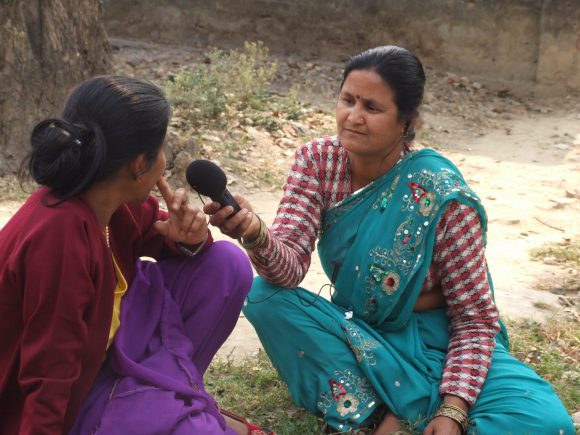 Using an innovative, bottom-up approach, TSK partners with local women, and invites them to experience the power of narrative journalism, helping to share their stories nationally. TSK also focus on sharing the stories of women who are survivors of sexual violence, to highlight this issue. Training civilian Justice Reporters, these women are able to collect testimonies from other survivors, helping women to access Nepal’s transitional justice commissions, following the 196-2006 civil conflict. 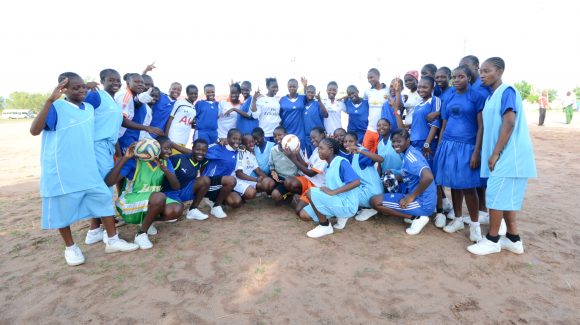 In 2013, following a rise in tensions between Christians and Muslims in North-eastern Nigeria, a coalition of local faith leaders, business leaders, and civil society came together to promote peace and tolerance as API. The emergence of Boko Haram has led the initiative to focus more on its efforts on young people at risk of radicalisation. To do this, API uses sport and IT as mediums to foster peace, tolerance, and reconciliation amongst young people in conflict and post-conflict communities. API believes that, for some of the most at risk youth in the area, their programmes offer one of the few alternatives to joining Boko Haram.

All these stories demonstrate one thing: the breadth of local peacebuilding initiatives across the world today, which is surely something to be celebrated and supported. The power with which these stories were delivered left the audience enthralled. Thank you to everyone who helped organise and deliver this event, and to our supporters for their passion and commitment to local peacebuilders.