On Human Rights Day, a day commemorating the brave and inspiring activists that stand for a better world, we are announcing the winners of our 2017 Tomorrow’s Peacebuilders Awards. Over the last few months, the Peace Direct team has reviewed 268 applications from 57 countries and elected three of the most exciting and innovative peacebuilding organisations as winners.

Tomorrow’s Peacebuilders, the global awards for local peacebuilders, recognise the inspiring individuals building a better tomorrow for war-torn communities across the world.

Run for the past five years, the awards identify the best emerging locally-led peacebuilding organisations in conflict-affected countries. They reward innovative ways of promoting peace, led by local people striving to develop their own communities.

This year, we witnessed an amazing response from local organisations as 268 of them entered the competition, the highest turnout to date. 57 countries were represented through a variety of organisations, all attempting to restore peace to their respective regions.

Programs included a wide array of approaches, from disarmament programs in Uganda, listening-based research on Vietnamese resentment in Cambodia, refugee assistance in South Sudan to the use of puppetry performances to promote peace education in Pakistan.

From the 268 applications submitted to Peace Direct, a shortlist of ten was presented to a panel of international experts to make the final decision. The judges were chosen from a wide array of expertise and voices in peacebuilding – local practitioners, academics and international policymakers.

The 2017 winners are illustrative of the competition’s diversity of organisations and methods. This year, the winners conduct their peacebuilding activities in India, Myanmar and Nigeria.

Winner of the Women-led peacebuilding award 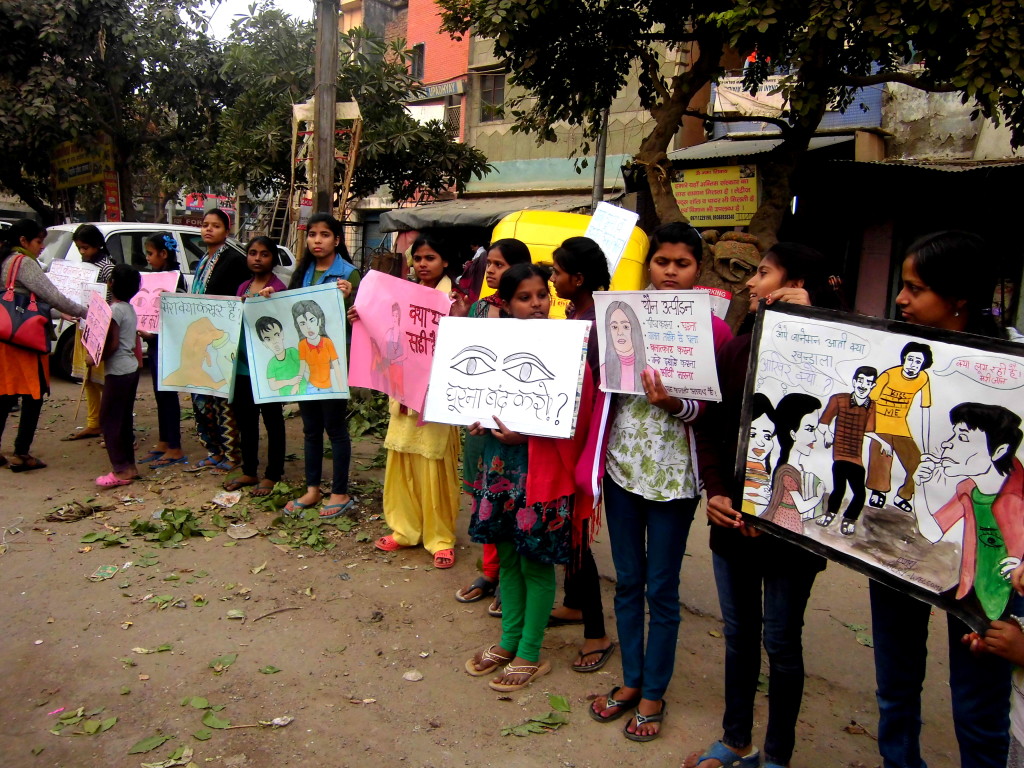 “Our mission: to make cities safer by encouraging equal access to public spaces for everyone, especially women, through the use of crowdsourced data, community engagement and institutional accountability.”

Red Dot Foundation (Safecity) is a local peacebuilding organisation based in India working to eradicate sexual violence in public spaces and make it safer for both women and girls.

They created a platform named Safecity which enables women to publish anonymous personal stories of sexual harassment and abuse.

This data is aggregated as hot spots on a map indicating trends at a local level. The information is then provided to individuals, local communities and local administrations in an attempt to identify factors that causes behaviour leading to sexual violence.

Since its launch in 2012, Safecity has collected over 10,000 stories from 50 cities in India, Cameroon, Nepal, Nigeria and Trinidad & Tobago, and has directly reached over 400,000 people.

Aside from the possibility of sharing a story on the site, Safecity also provides other services to victims of sexual harassment. Regular dashboards and monthly trends are provided to partner NGOs as well as local authorities in Delhi, Mumbai and Goa. They’ve conducted several workshops, roundtables and safety audits for women too. 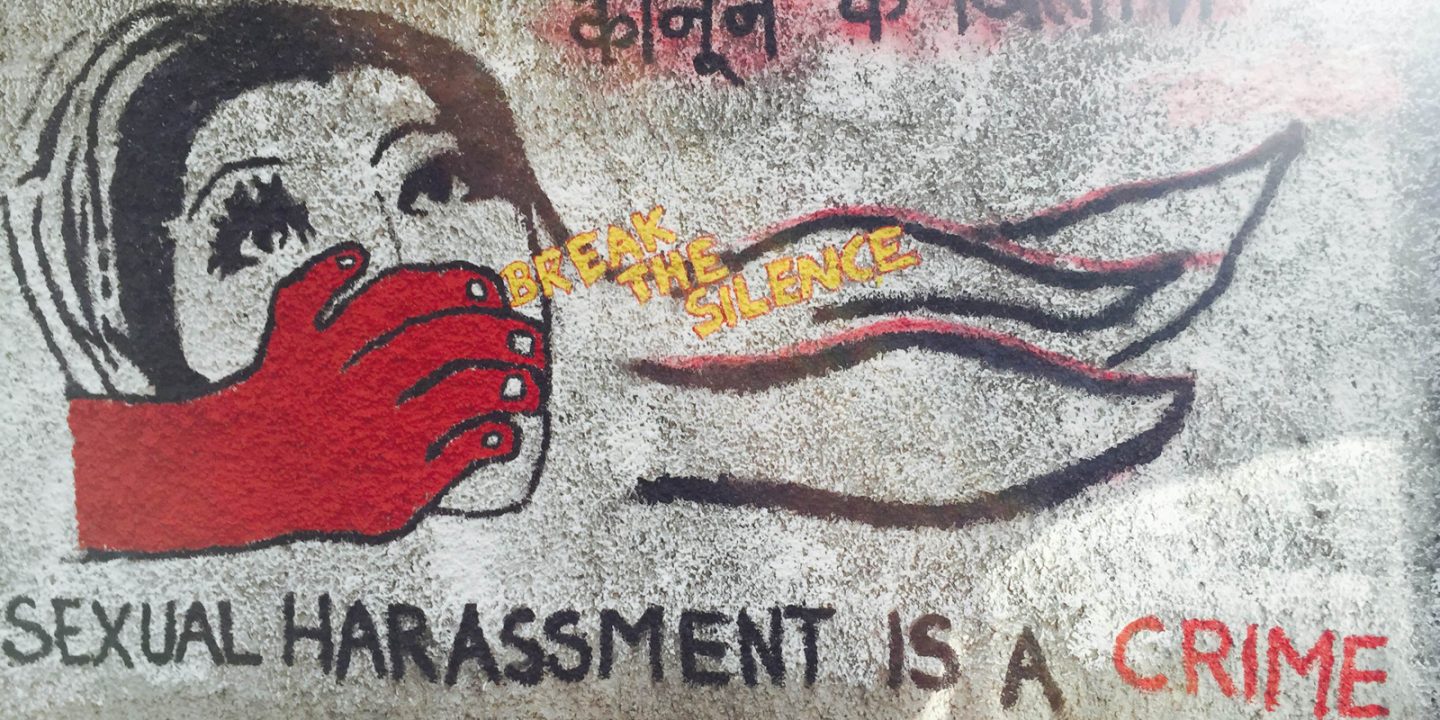 “The issue of sexual violence is a global pandemic and therefore it is imperative to highlight it, raise awareness and get more people to be agents of change.“

The introduction of this crowdsourced data has had many positive influences . Police in Mumbai have changed their patrol timings according to the evidence provided. Over 13,000 people have attended their awareness workshops on sexual violence and legal rights.

With the help of the Tomorrow’s Peacebuilders prize money, Safecity hopes to reach a further 100,000 young women over the next two years and add new languages to their mobile app.

The funding will help to amplify their outreach both on the ground, as well as put the word out beyond their immediate networks through the media, so individuals can recognise the importance of finding appropriate solutions to sexual violence.

Winner of the Youth-led peacebuilding award

“It is very important for our work to be recognised, especially in the context that we live in. It is really important that people help and support our work.”

Centre for Social Integrity (CSI) works in the Rakhine region of Myanmar, as well as other parts of the country, in response to the ongoing crisis. Their aim is to strengthen the Rohingya civil society and people’s ability to strategically advocate for their own civic, political and human rights.

CSI was first established in 2016 to respond to the need for people in Myanmar to strengthen and promote a culture of human rights, peacebuilding, good governance and ability to tackle humanitarian crises. They strive to protect justice and peace in all society by promoting diversity, pluralism and inclusion.

Alleviating the violence and suffering of the Rohingya people has also been at the centre of CSI’s peacebuilding efforts in Myanmar.

In 2017, international attention was directed towards the ongoing crisis in the Rakhine state. In August of 2017, violence broke when militants launched an attack on government forces. In response, security services initiated a ruthless campaign that forced more than 300,000 people to flee their homes as well as the death of at least 1,000 people.

“Winning this award means a lot. It is a really big stepping stone not only for our peacebuilding work, but also the empowerment of young people in our country.”

Youth communities in Yangon and Rakhine states are currently unable to contribute to the decision-making process in Myanmar, regardless of their educational credentials and capacity. They are barred from university and struggle with the constant fear of representing their community publicly. Under CSI’s guidance, a series of ‘Integrity Talks’ have been facilitated over the past six months, to bring a core group of forward-thinking young Rohingya together.

As a result, a team of 35 young people committed to the idea of pluralism and social integration has emerged among the Rohingya community. They are now establishing themselves as Yagon’s first youth peacebuilding group.

“We are pioneers by targeting youth in our peacebuilding work. This award will help us expand”

CSI remains one of the only civil society organisation actively working in this part of the country. The team has been recruiting, interviewing and selecting participants to build social cohesion between Rohingya and other Myanmar ethnic groups.

With the help of the Tomorrow’s Peacebuilders prize money, CSI will launch its ‘Emerging Leaders’ project. This project, including all the alumni it has trained, will create a collective platform able to respond peacefully to political, social or economic change.

The money will help this team of young people to build a society that resolves problems through dialogue, not through violence. CSI also plans on targeting and countering hate speech on social media as it still remains one of the strongest fuelling factors in the conflict.

Winner of the Inter-religious peacebuilding award

Starting with humanitarian response activities, the organisation has grown to cover peacebuilding, security and governance, gender issues and addressing the root causes of conflicts.

In the Global Terrorism Index, published in 2017, Nigeria was ranked third as the most impacted countries in the world. Since 2000, 37 different terrorist organisations have carried out attacks in Nigeria. Boko Haram alone killed over 12,000 people between 2013 and 2015. Mistrust and intolerance between Christian tribes, Hausa Muslims and Fulani tribes are rampant and increase outbreaks of violence in an already fragile place.

ICIN’s mission is to promote peaceful coexistence, educational needs and economic empowerment of vulnerable groups through advocacy, research, capacity building and partnerships towards a developed society. ICIN has established a peace structure called Community Peace Partnership (CPP) comprised of leaders from different religions and ethnic groups in three of the most conflict-affected areas of Plateau State. Their programs are all-inclusive and attempt to bridge the traditional dividing lines in Nigerian society.

Religion has been used as a dividing factor among Nigerian society’s different groups. This has led to segregated settlements in northern communities.

To help tackle this, ICIN discourages radicalisation and promotes religious tolerance and harmony through its peacebuilding activities. They rely on continuous advocacy to religious and government institutions to foster peaceful coexistence among different religious groups.

ICIN has successfully built trust among disparate groups as evidenced by the successful organisation of peaceful elections in the Plateau State, an incredible achievement for a local organisation.

The Tomorrow’s Peacebuilders prize money, will enable ICIN to expand its advocacy and peacebuilding training forums.

Through advocacy meetings, radio programmes and community theatre performances, ICIN hopes to empower Muslim and Christian communities in taking an active role in civil society as peacebuilders and reach key decision makers in local government and religious communities to prevent more violence from breaking out.