Statement on violence against Palestinians and Israelis
Posted by Charlotte Fraser on 18th May 2021
Image credit: Photo by Toa Heftiba via Unsplash
Tweet

Peace Direct calls for an immediate end to the violent attacks against Palestinians and Israelis. As peacebuilders, we have watched with horror, the devastation and death inflicted on the people of Gaza. We have also watched with horror the rockets launched by Hamas against Israel. Violence, whether inflicted by the Israeli Defence Force or Hamas fighters, is abhorrent and will never lead to a resolution to the long running conflict.

Our role as peacebuilders requires us to listen to both sides of the conflict, to address the underlying causes of violence, and to seek just outcomes that advance the dignity of all people.

Palestinians live under occupation, starved of the most basic human rights and freedoms. Ending decades of conflict and violence between Israelis and Palestinians requires not just an immediate halt to the attacks on both sides, but also an end to Israel’s occupation and a renewed search for a just and secure future for all people in the region.

We stand with all Palestinians and Israelis working fervently to end the cycles of violence and forge a peaceful path for the future. The work of local peacebuilders in the region has never been more urgently needed than now.

Read statements from the Alliance for Middle East Peace and local peacebuilding groups here and join in solidarity with them.

10 Years of gratitude for local peacebuilders 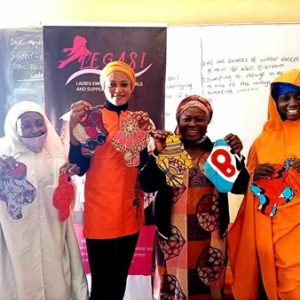 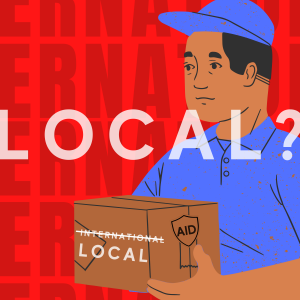 10 Years of gratitude for local peacebuilders

This holiday season, I am filled with enormous gratitude for my time with Peace Direct. I look ahead with great hope for the future of locally-led peacebuilding and this remarkable community. Read more »

Since 2020, we have been working with LEGASI (the Ladies Empowerment Goals and Support Initiative), a local organisation in Nigeria. Their goal is to raise a generation of informed, empowered, educated and financially independent women. Read more »

The international humanitarian, development and peacebuilding sectors are brimming with initiatives that promise to shift power and resources to local actors in the Global South.  Read more »