These seven stories are just seven of the many reasons we continue to strive for peace – built brick by brick from the ground up. As 2017 draws to a close, we thank you for your continued support to all those fighting for peace in the most fragile places in the world.

As 2017 draws to a close and we reflect on the year that has passed, the urgent need to work for peace is clearer now more than ever.

Syria. Yemen. The Manchester attacks. Threat of nuclear war with North Korea. Outbreak of violence in Philippines and millions of people fleeing from war in DR Congo, Central African Republic, Burundi, and scores of other places touched by conflict.

It might seem that 2017 has only brought more death and destruction. But in the midst of this are powerful stories of determination and grit. Stories of people working against the odds to stop wars and build better futures.

Throughout this past year, we have had the privilege of hearing them, and of supporting local people to stop war and build peace, one person at a time.

This painstaking work sits just out of reach of the international media. But local peacebuilders are taking action every day to keep not just people, but hope, alive. Here are seven of their stories

In this TEDx Exeter talk, Gulalai Ismail, our local partner in Pakistan, reveals how she is building an equal and peaceful world, starting from her local community.

From witnessing inequality as a young girl in Pakistan, to defying the Taliban and founding a peacebuilding organisation, this is a story of a courageous and inspiring woman.

Shehu was recruited into a gang at 7 years old. Later his best friend convinced him to switch over to the gang he was in. It was called Boko Haram.

“In a gang your day-to-day life is violence. You have to steal and kill and bomb.”

Shehu stayed with Boko Haram for years, until one night his entire compound was raided by the Nigerian military. Shehu’s best friend, the one who brought him into the gang, was shot right in front of him. Now he had no one.

Shehu ran away the next day with a few other gang members. He was 17. The other boys wanted to switch allegiances and join another gang. Shehu wanted out entirely.

School was a struggle, but he discovered a natural talent and outlet in boxing. He found the hours he spent at the gym were cathartic, constructive, a way to vent without violence. He had a coach who cared about his progress, who saw him rise from a frustrated teenager to a highly skilled adult.

He thought if the boys he knew in Boko Haram could have this, it could change their lives. So he created a neutral place where neighbourhood boys and gang members alike could come and learn the difference between boxing and fighting.

It’s keeping more young people from being drawn into violence, changing lives, one person at a time.

See more of the story in photos and film

“I remember the day my life changed forever.

War broke out in my village in DR Congo and I had to flee with my family to escape the fighting. Before this we lived peacefully. My husband made soap in a factory. We had money and shelter. We were happy.

When we fled, we went to a camp for people that had been displaced by war. Life became bitter. I did not imagine how painful it would be to live in this way with no food, no shelter, and so on.

One day, a woman, my friend, came to visit me. She found me crying.

I told her about my problems and she revealed that a group of women in the village were receiving help from a local organisation called Centre Resolution Conflits (CRC) supported by Peace Direct. I was hesitant but I asked if I could join, and they accepted me.

I was welcomed into the group. They told me they were there to help people like me and I felt comfortable.

After several training sessions with other mums, I received some credit from the organisation. With my first loan of $50 I divided it into two parts: half for my husband’s care and the other to invest in the field we had.

Today my life has totally changed.” 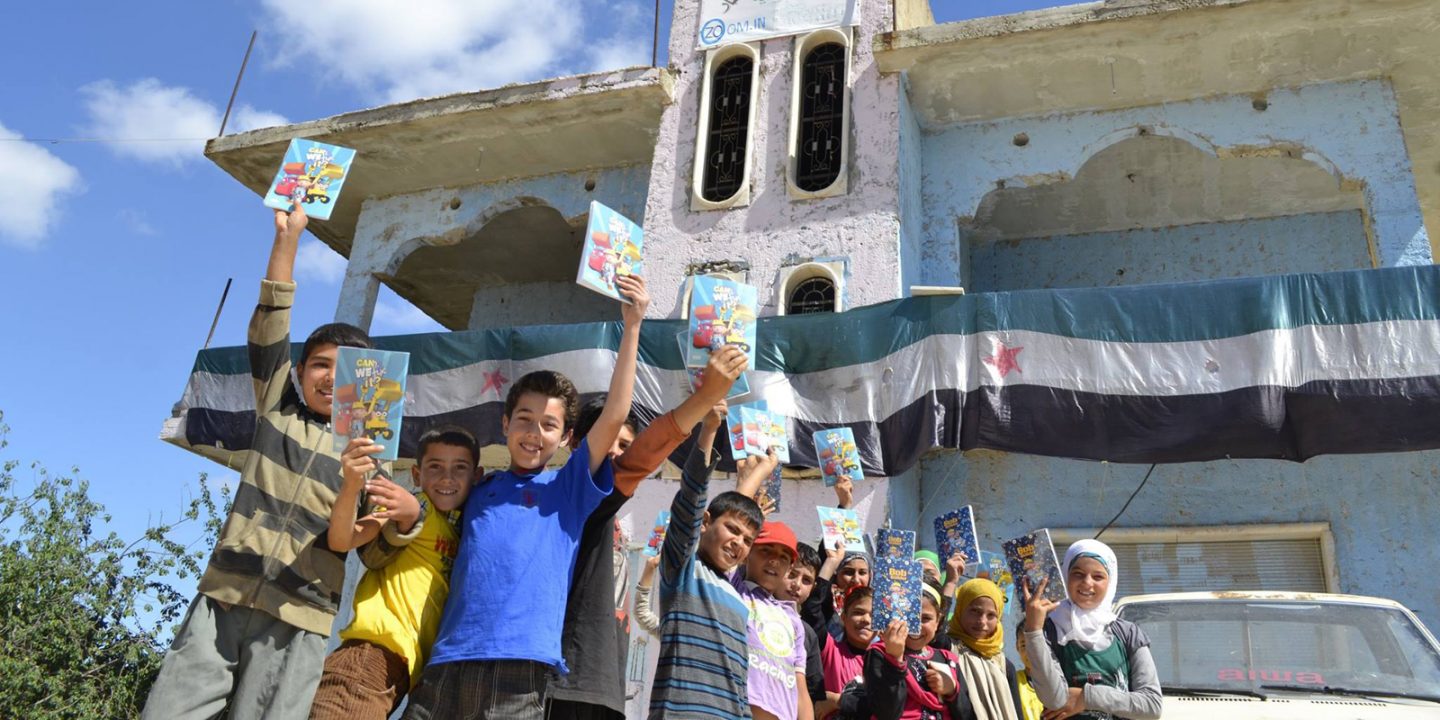 This year, we began work with a new local partner in Syria. Here’s why we work together to make a difference there:

“We heard that my name was on the assassination list of our local ISIS battalion. We knew they could attack at any moment.

One day we were driving to the office. Our friends had asked us to wait at the turn in the road to make sure the rest of the way was safe. It wasn’t. Another bomb was planted there. It exploded as soon as we arrived.

There was a very strange feeling in that moment. Until today I can’t really describe it. I felt like I was between the earth and the sky and that I was flying towards the sky. I thought I had been shot and I wanted to scream out to let everyone know that there was a sniper. But I couldn’t say a word.

I reached out to feel my body to see if any part of it was missing. I felt my chest, my arms and my head. They were all okay. Then I started to look around me.

As much as I speak about this I don’t think I can ever really describe those moments and minutes. That explosion killed five of my friends. Tears come to my eyes every time I remember this. That’s all I can say.

I work on peacebuilding projects because we want the Syria of the future to be for all of us. We had to stop our work for a few months to ensure our safety and save what was left of our organisation. We were offered asylum in France and all the support to go there.

But we cannot leave.

We believe in our cause. As long as there are Syrians who believe in peace and democracy, we will be there for them.”

-Director of Zoom In

5) Tomorrow’s Peacebuilders: the most innovative local peace organisations out there

“Our mission: to make cities safer by encouraging equal access to public spaces for everyone, especially women, through the use of data, local engagement and accountability.”

Red Dot Foundation (Safecity) is a local peacebuilding organisation based in India working to eradicate sexual violence in public spaces and make it safer for both women and girls. They are the winners of the women-led peacebuilding Tomorrow’s Peacebuilders Award.

Learn more about their work:

This year, three inspirational local organisations won the prestigious prize for their work stopping war and building peace around the world. 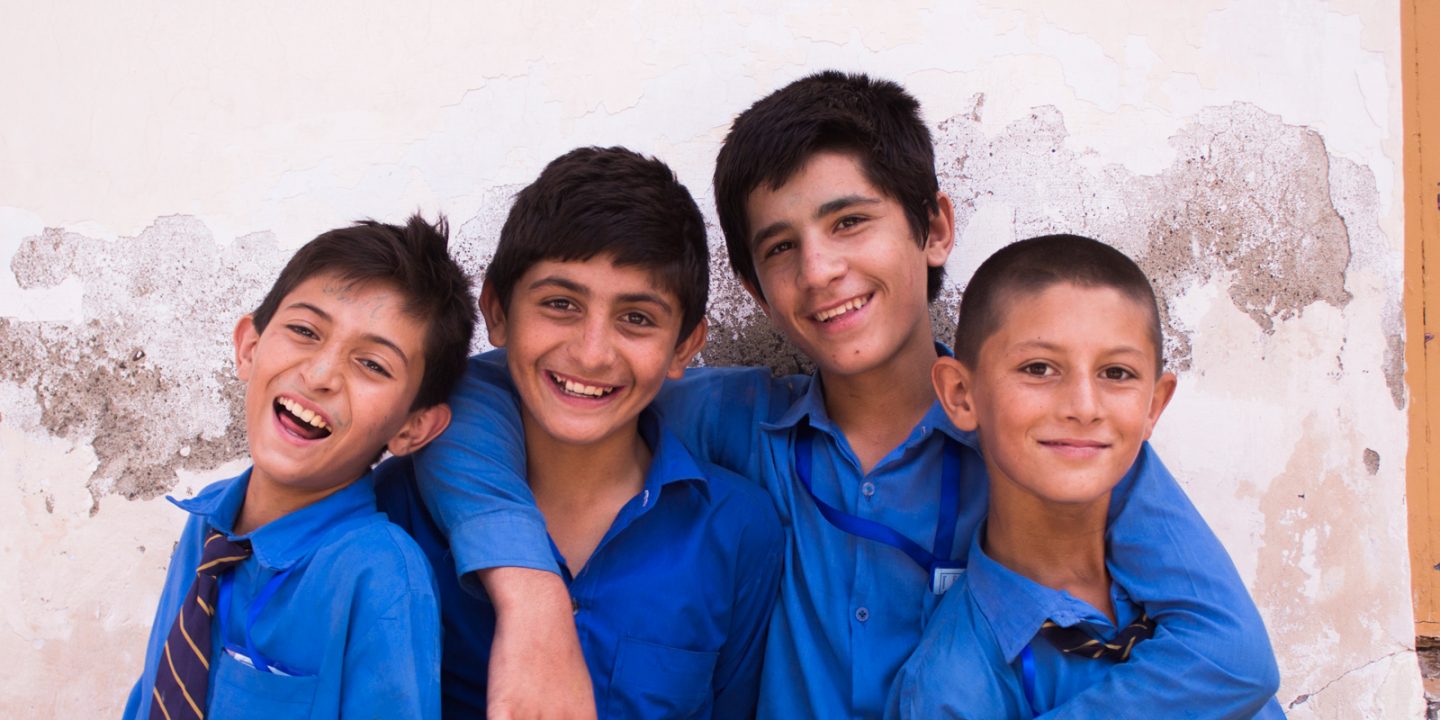 “One day my uncle rang and told me about a 15-year-old boy in our village who had joined a local militant organisation. I left for my village the very next day and went straight to the house of that boy.

He had been radicalised. He was preparing to carry out a suicide attack in Afghanistan.

The 15-year-old-boy had joined a local militant organisation. He had been radicalised. He was preparing to carry out a suicide attack in Afghanistan.

When he came to say goodbye to his parents, they locked him in a room and informed the elders in our community, asking them for help. I had to do something.

The first day the boy refused to meet me. But the second day I was able to get him to listen.

I spoke with him for several hours. The skills and knowledge I had learned during Aware Girls’ training sessions helped me a lot.

I continued to meet the boy for several days. After two months, the boy had totally abandoned the idea of becoming a suicide bomber and wanted to live a happy, non-radical life.”

Not all peacebuilders live in war zones.

Kaylene Alder is a freelance illustrator and screen printer living and working in South London. Concerned about the worsening security situation around the world, she decided to combine her artistic skills and her passion for peace to fundraise for peace.

Find out how you can get involved

These are just some of the reasons why we continue to strive for peace – built brick by brick from the ground up. As 2017 draws to a close, we thank you for your continued support to all those fighting for peace in the most fragile places in the world.

It is these people we stand up for. Thank you for standing up for them too.