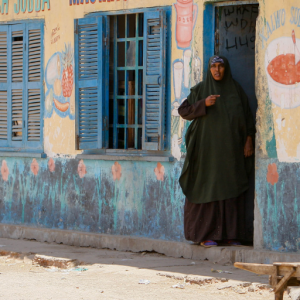 Women play many roles in war and peace. Traditionally women have primarily been seen as victims of war. In many cases, women have also played a critical leadership role in preventing violence and building peace. Less attention has been given to understanding the ways in which women may contribute to cycles of conflict.

In the Somali context, women are simultaneously highlighted as victims, as well as peacebuilders by the international community; however, they are rarely viewed as protagonists in conflict. This narrative is challenged by research undertaken in 2016 by the Life & Peace Institute (LPI), Peace Direct and the Somali Women’s Solidarity Organization (SWSO) which presents local insight into women’s experiences of conflict and peace in Kismayo.

The study included focus group discussions with women and men, key informant interviews with a range of civil society and government stakeholders and personal accounts provided by women affected by conflict. It shows that women are not only victims, nor are they natural peacebuilders – they are also political actors, fundraisers and mobilizers for conflicts, and on occasion combatants and killers. The ability of Somali women to move along the spectrum of conflict protagonist and peacemaker generates a new rationale and previously overlooked challenges for their inclusion in formal and informal peace processes.