“Despite all the news, all the headlines about the crisis and violence in Nigeria, we will build peace. Peace is possible if all hands are on deck.”

“The image below is my home. It’s called Kano, and it’s a town in the north of Nigeria. I’ve lived there for 32 years.

My story begins in 2004, there was a crisis in central Nigeria. There was growing tension between Christians and Muslims in the area, and after some time, the tensions began to spill over into violence. You may have heard about it in the news, but it might have seemed far away to you then.

Those headlines were my life, and that news was home from my home.

An attack was carried out in Jos, a city in central Nigeria. In Kano city, my home, there was a brutal reprisal attack. Dead bodies were brought from Jos to Kano to show the destruction that had been brought to the town. The young people reacted with terrible violence. I am a Christian, and as part of the reprisal attack, I was almost killed.

It was the middle of the morning, around 10 am. Usually, the streets of the town would have been busy. People going about their business, buying things, catching up with friends. But today, the whole neighbourhood was quiet.

My wife and brother were out of town, so I was alone. I decided to take a walk to see what was going on, and why it was so quiet. I locked my house and stepped out into the street. Before long, I felt like I was in grave danger.

When I turned the corner onto the main road, I saw 100 people coming for me, I knew they wanted to kill me, and it was because of my faith.

Terrified, I turned and ran. My nearest friend’s house was close by, so I ran to them. They rushed me inside, and managed to hide me. For four hours, I waited desperately.

From my hiding place, I could see the smoke from them setting fire to my house and my car, they destroyed everything.

I had lived in the neighbourhood for 19 years and I was seen as an enemy.

The people who had attacked me, had done so because I was a Christian. But my friends who saved my life were Muslims. It was then that I realised that I needed to do something positive, to do something to stop this from happening again.

We were a group of Christians and Muslims, all from different backgrounds, from north and south, and all wanting to build peace. 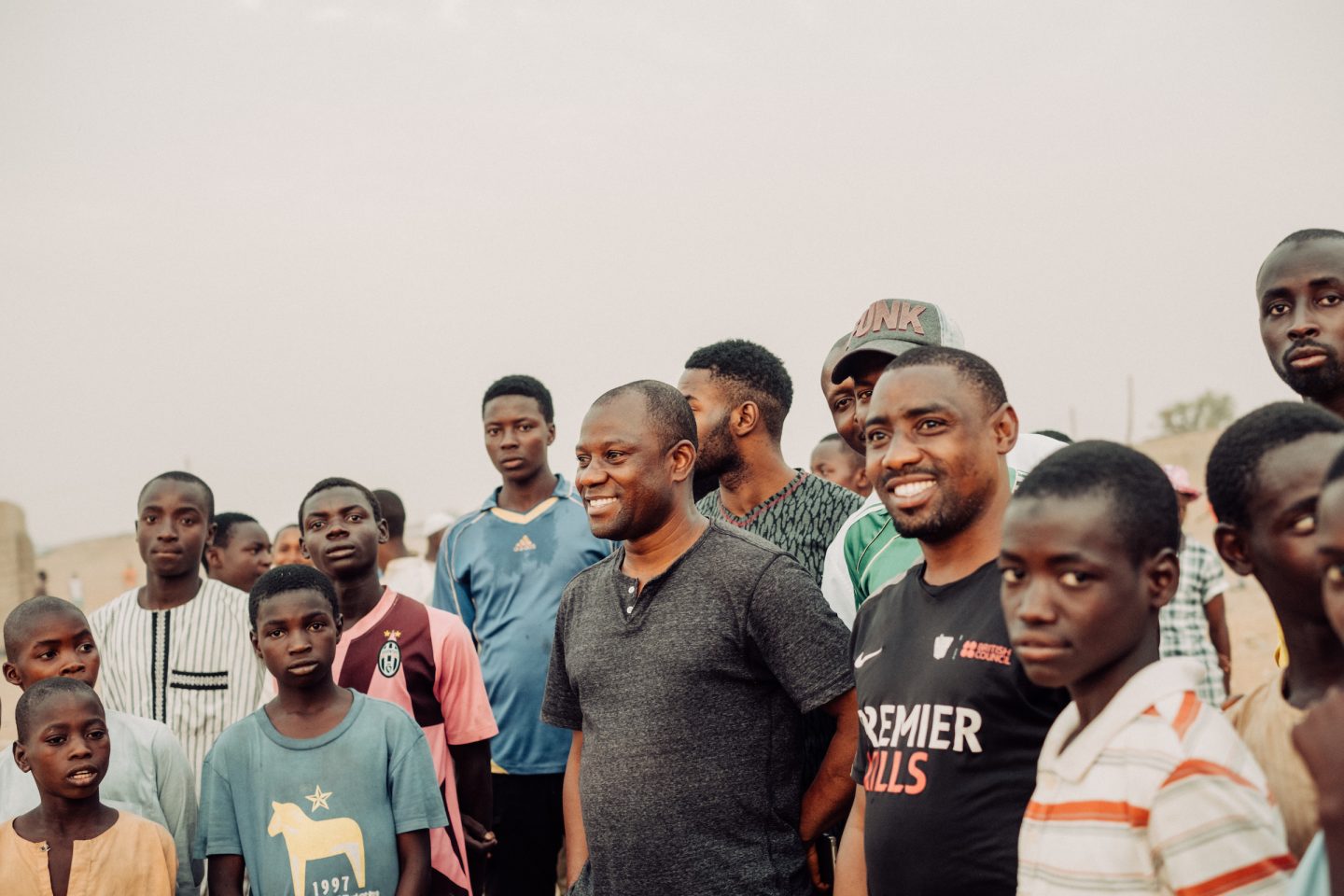 The people who attacked me were mostly young people. Young people in Kano, and across Nigeria, have very little opportunities.

There are many street children, and many children who have little access to formal education. Some of them are able to go to Islamic schools, but few have the chance to get a vocational education. It’s also very difficult for young people to get jobs.

With such few opportunities, many young people are desperate. Some of them don’t even have families, which makes it very easy for them to be recruited by extremist groups, and made to commit violence.

I realised that we needed to engage these young people, and stop them wanting to carry out such violence.

Despite all the news, all the headlines about the crisis and violence in Nigeria, we will resolve to build peace. Peace is possible if all hands are on deck.”

If you attended our Peace Talks event where Michael shared this story, thank you for coming! We hope you’ll stay in touch by signing up to receive impact in your inbox each month via our newsletter.