The Beni Peace Forum (BPF) have set up Local Protection Committees (LPCs), in key communities throughout Beni, made up of trusted members of their communities. They form a vital network across the territory to collect reliable information about identity-based violence in real time.

Here is the first story from our ‘piece of the puzzle’ mini-series and an insight into the important work the Beni Peace Forum are doing on the ground:

“It was after dark, at 7:50 pm on January 1st 2020, when shots rang out just south of Oicha. The LPCs nearby had been hearing about unknown men in the area. The community suspected they were members of the Allied Democratic Forces (ADF). Every time the ADF is rumoured to be in the area, the first reflex of the population is to flee.  Experience has shown that those who doubt the rumours are likely to be counted among the dead or missing the next day. For villagers in Beni Territory, the presence of the ADF in a village has become synonymous with killings, lootings, burning houses, rape, abductions and more.

Fearing another massacre was imminent, LPC members alerted the local authorities and called the Beni Peace Forum. The Forum has, over time, built up relationships with key influencers, the national army, and local authorities. It’s reliable collection and reporting of impartial data has earned it a place on the national army’s abuse monitoring committee. In order to build trust with local police, BPF regularly invites authorities to attend its trainings. BPF is trusted and invited to mediate disputes between political parties. On this particular night, these relationships paid off.

The BPF was able to immediately access the military intelligence officer in charge of ongoing operations, and the territory administrator. The local commander was ordered to send reinforcement teams immediately.  The army returned fire, and the ADF rebels were pushed back.

Although violence was not entirely averted, no civilians were displaced or killed thanks to a strong local network and rapid collaboration between civil society and local authorities.”

You can read more stories in our ‘piece of the puzzle’ mini-series, and find out about the work we’re supporting in DRC: 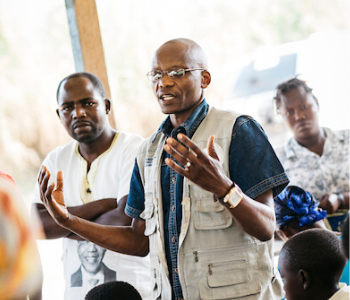 Our work in DRC 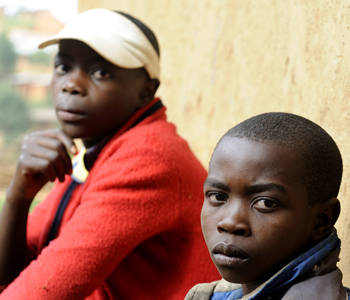