When violence broke out in the city of Marawi, Philippines, summer 2017, our local partner did what no other organisation could do: they mobilised immediately to support those who had fled. Megan Renoir reports from a recent trip to the region where she saw their work in action.

Graffiti declaring allegiance to ISIS, abandoned and overgrown villages, and thousands of people living in refugee camps with no way of returning home is not what immediately comes to mind when you think of the Philippines.

But this is the devastating reality for the southern Islands of Mindanao which experienced a severe and sudden outbreak of violence perpetrated by an ISIS-linked group in May 2017. This comes on top of decades of conflict due to clashes between separatist armed groups who want to establish an autonomous region in the south of the country. As with all wars, innocent people are caught in the middle, suffering through no fault of their own. 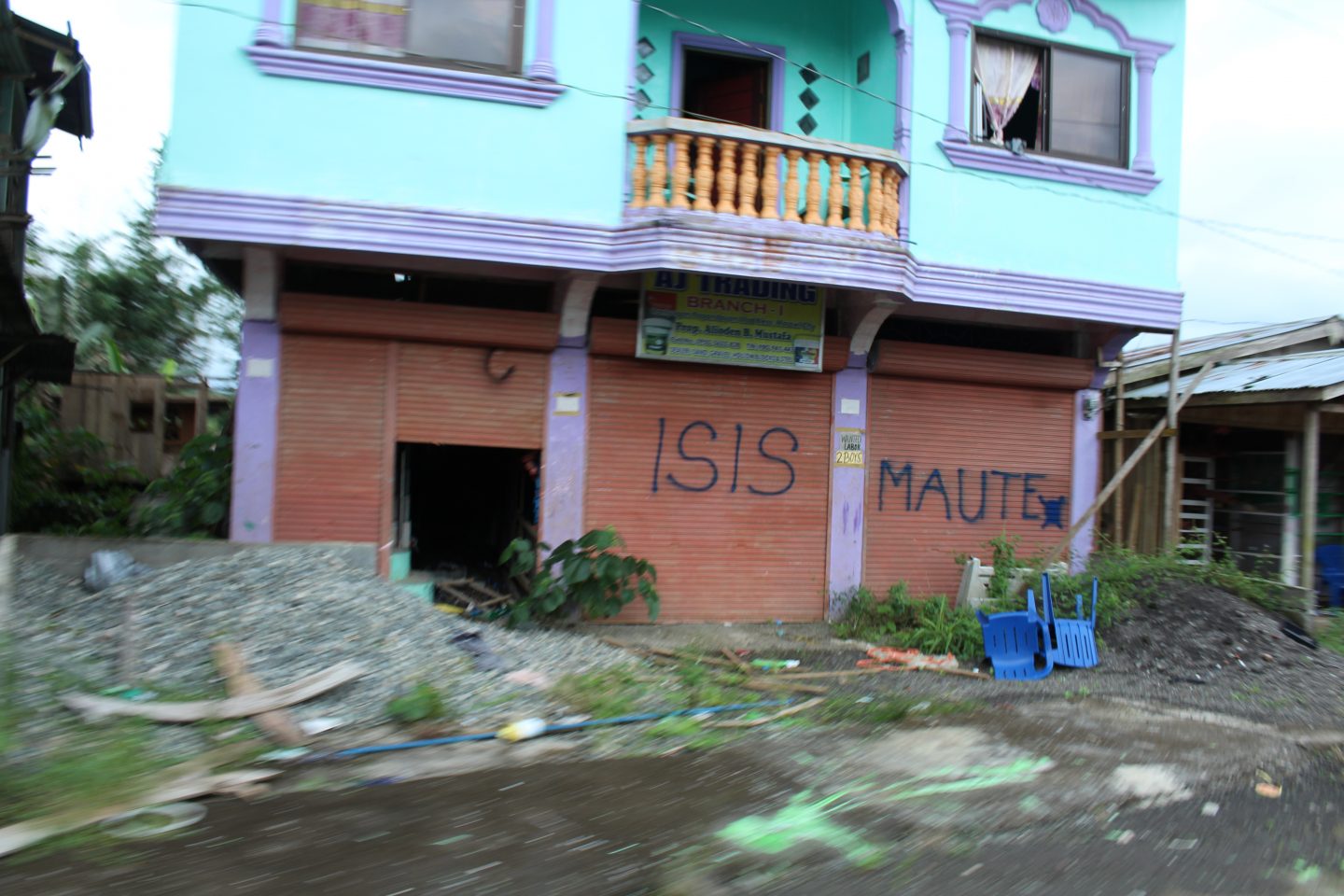 I was there in October as part of a research trip exploring the barriers local organisations face in accessing crucial funding for their work addressing the root causes of violence, and what can be done to better support them. It was shocking to drive through abandoned villages, already overgrown, that had been deserted after ISIS and government forces rampaged through them.

People from these communities are now living in tents in refugee camps. Some used to be lawyers, many owned businesses, and a handful were recent university graduates. Their
lives are unimaginably tough and they are living in a state of limbo. They have no idea when they will be able to return to their homes. Their lives are on hold. 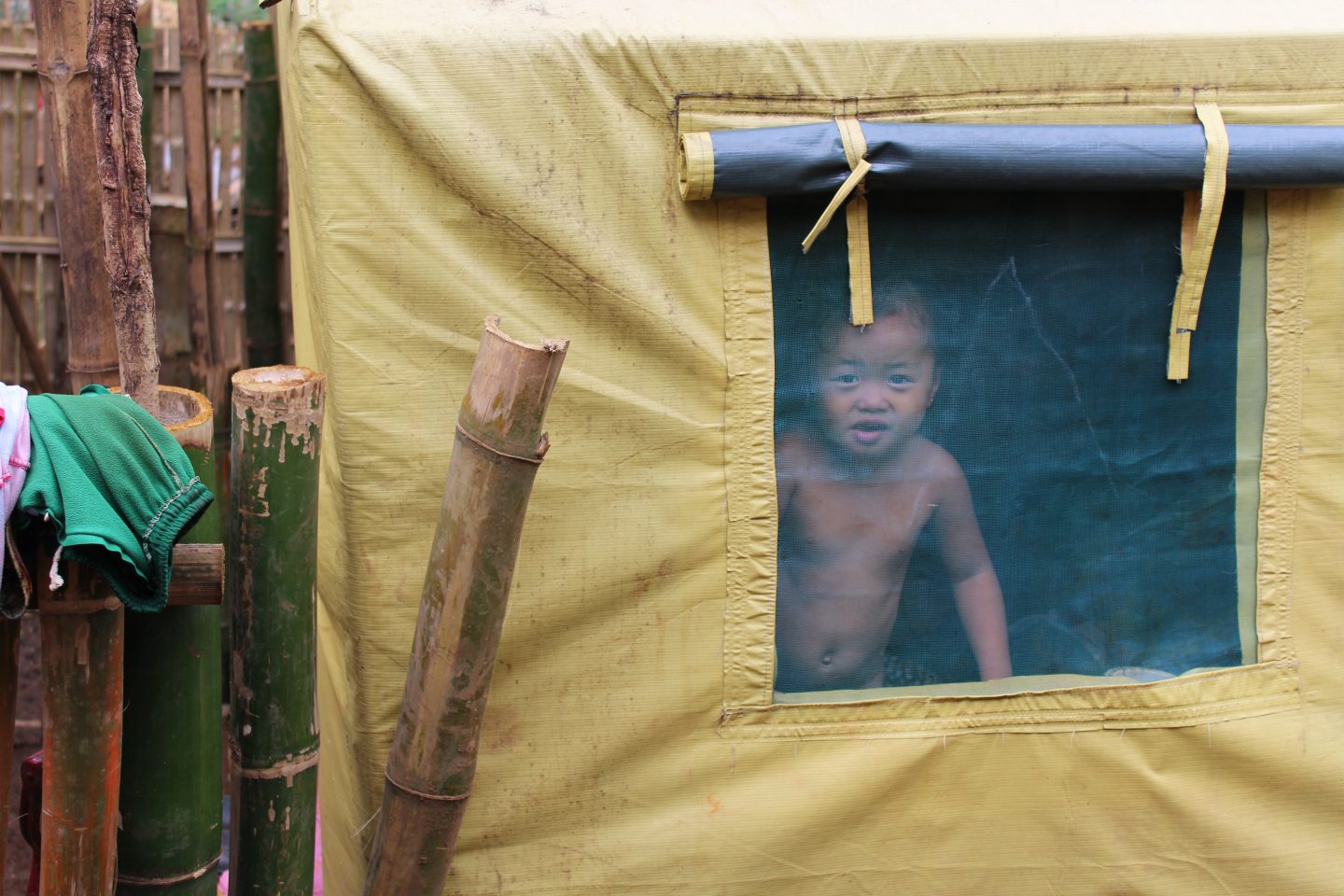 We visited some of them in a camp in Pantar, Lanao del Norte. The experience was heart breaking. People from seven days to 70 years old were surviving, just, in tents with the most basic of provisions. Some tents housed more than 20 people alone.

I met a young woman who had fled the city during the attacks, carrying her young baby in her arms, with her elderly mother following closely behind. Their home was destroyed in a blast along with all of their possessions, so they left with just the clothes they were wearing, not even a pair of shoes.

I met a young woman who had fled the city during the attacks, carrying her young baby in her arms. Their homes was destroyed in a blast along with all their possessions. They left with just the clothes they were wearing, not even a pair of shoes.

The young woman had recently graduated university, and was looking forward to her future. They arrived at the refugee camp six months ago, and will likely remain there for the next three to four years. They are already short on water.

However, despite the suffering, the determination of our local partner, KI, to support these people was inspiring and heart-warming. I witnessed first hand how vital a role KI plays in this context. KI is the only organisation with access to these areas, and the only organisation delivering essential support to those living in the camp.

For example, beyond provision of food and water, KI has set up a farming programme in the camp where individuals are trained in growing their own produce and making local delicacies to sell in nearby markets. Since most of the people had previously held office jobs in the city, learning to grow their own food was not a skill they had ever imagined needing.

As a result of KI’s work, the camp now has a sustainable source of food and opportunities to earn money. In the words of one individual in the camp, “without KI, we would not survive.” 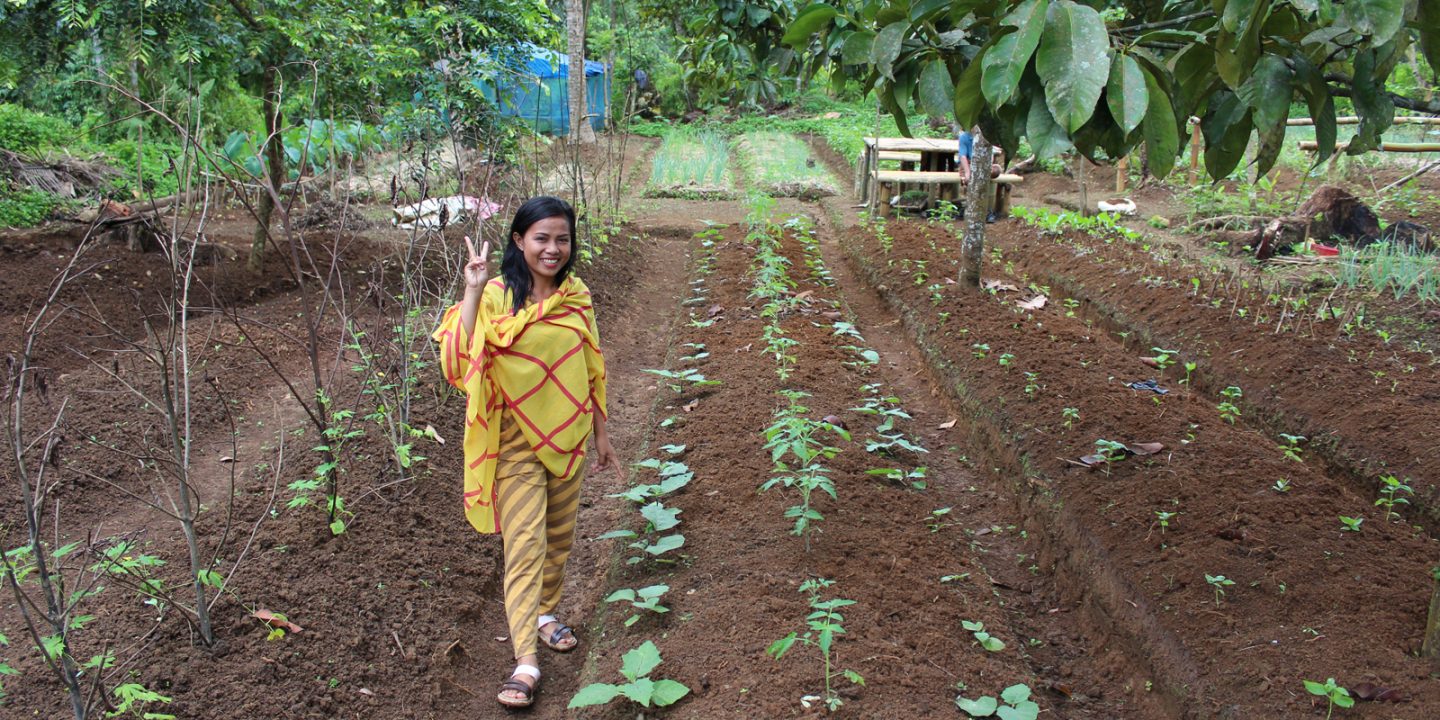 KI’s work is not limited to their support of the refugees, this work is just a small addition to what they normally do. In a context where Muslim citizens are continuously stigmatised and neglected, and a legacy of suspicion and hostility threatens any hopes for long term peace in the region, KI’s main focus is their long-standing work breaking down mistrust between Muslim and Christian communities.

I left the Philippines with mixed feelings. The suffering that is so randomly inflicted on so many is devastating to witness. But the work of local organisations like KI delivering immediate aid, as well as tackling the underlying causes of violence, is truly inspirational.

The work od local organisations like KI delivering immediate aid, as well as tackling the underlying causes of violence, is truly inspirational

Far more attention needs to be given to these local organisations and individuals working to make their communities better places. Having seen this work in action, there is no more important cause that will make as much impact.

If we could all give even half as much as the brave and selfless individuals I met, the world would be a more peaceful place. Until then, we’ll keep shouting about them and sharing their stories with the world so more and more people know about the incredible difference they make.

Megan Renoir is a Senior Research Officer at Peace Direct.