The murder of George Floyd has rightly prompted outrage across the U.S. and in cities around the world. As protestors took to the streets last weekend, our CEO, Dylan Mathews, shared this reflection.

“As the leader of Peace Direct and after a few days of reflection, I wanted to share my own personal thoughts about recent events with you. Some of what I’d like to share does address difficult and uncomfortable issues, but I hope you understand why it was important I write to you about this at this time.

The murder of George Floyd by police officers in Minneapolis last week has rightly prompted outrage across the U.S. and in other cities around the world. While the stories of police brutality in the U.S. are all too common, what made this killing particularly horrific in a world desensitized to violence was how routine and deliberate it was.

This was a killing in slow motion, over a period of almost 9 minutes. Nine minutes when each of the police officers had ample time to consider whether their actions were appropriate; 9 minutes to alter their actions as onlookers begged them to check Floyd’s pulse. Nine minutes to ask themselves whether their use of force was proportionate, while the man they were arresting was handcuffed, unarmed and pinned down face first on the street, with an officer’s knee on his neck.

Derek Chauvin, one of the police officers charged with Floyd’s murder, chose not to change his course of action, and in doing so was signalling to those around him, including his fellow officers and onlookers who were filming him, that George Floyd’s life had absolutely no value; that black lives do not matter. The deeply ingrained racism and injustice that this exposes is itself a form of violence, what we in the peacebuilding world call structural violence.

I hope that you have never experienced the type of racism that many black and other people from minority backgrounds continue to experience in the UK, U.S. and in other parts of the world. 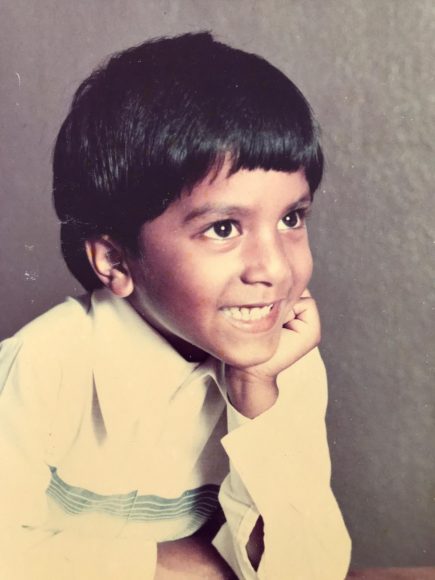 As a brown child growing up in an overwhelmingly white community outside of London, I remember stones being thrown at me and being told by adult strangers to ‘f**k off and go back to your own country.’ I remember feeling humiliated, frightened and angry, because the UK was ‘my country’ and because as a child I couldn’t understand why adults would hate me simply because of the color of my skin. Those experiences affected me deeply and have driven me to work for a world where such structural violence no longer exists.

Every person deserves to live free from fear, humiliation and persecution, and to live the life they value. This is what we at Peace Direct strive for in everything we do.

As an international peacebuilding organisation based in the UK and U.S., we have a responsibility to work actively within our own communities to build a society based on justice, nonviolent transformation of conflict, and human dignity for all. In fact, if there is one lesson that we must all learn from this week’s events is that we all have a responsibility to confront structural violence wherever we see it. To do this we have to take some uncomfortable steps. We have to acknowledge that many of us benefit from a dominant culture that has its roots in our colonial past, in the slave trade and in the exploitation and subjugation of other peoples. This culture, if left unchecked, leads to incidences which we saw in Minneapolis, where a white man can take the life of a black man with impunity. We also have to recognize our own biases and prejudices as these can unintentionally do harm to others. And we have to be active, both in our listening to others and in our actions, so that we do not become bystanders to oppression. I often remind myself that the only thing necessary for the triumph of evil is for good people to do nothing.

So much of our work at Peace Direct focuses on directly supporting local people’s efforts to stop violence and build peace in some of the most volatile parts of the world. But a lot of this work is not on the frontlines of what we think of as traditional wars. It’s about undoing systems of injustice and building lasting peace, which inevitably means addressing structural violence. It’s about tackling issues such as women’s rights in Pakistan, or supporting young people to have a voice in community decision making in Mali. And it’s about recognizing and supporting justice and peacebuilding in the U.S. at this time. This work is as urgent as the reintegration of ex-soldiers in the Democratic Republic of Congo or the mediation work of local peace committees in Syria. All are required to build a safer and more secure world. Peacebuilding is required in all our local communities.

As the U.S. grapples with deeply embedded systems of racism, the role of local peacebuilders will be more important than ever. In communities across the United States, mediators, faith leaders, human rights advocates, activists, young people, and other local leaders are actively working to de-escalate violence, sustain nonviolent action, support mourning, rebuild relationships, and open pathways for a more just and peaceful future. They are pushing back – nonviolently – against the further militarization of their society and proposing positive, peaceful solutions instead. These local peacebuilders are vital, often unseen and under-supported, in the immediate crisis and the long, difficult work ahead.

Despite the grief and anger we feel, we also remain hopeful that a just peace is possible. Local peacebuilders around the world – and the history of people power and peacebuilding in the U.S. – demonstrate every day that systems of oppression and violence can be overcome. We are reminded again, as Indian author Arundhati Roy has said, that ‘Another world is not only possible, she is on her way.’

Thank you for all that you do for Peace Direct, and for standing with those who need our help to build a safer world.”