Statement from Saferworld, Conciliation Resources, International Alert and Peace Direct concerning a possible merger of the Department for International Development and the Foreign and Commonwealth Office
Posted by Peace Direct on 16th December 2019
Tweet

The following is a joint statement from Saferworld, Conciliation Resources, International Alert and Peace Direct.

Reports have emerged stating that the UK government is considering scrapping the independent Department for International Development (DFID), merging its function with the Foreign and Commonwealth Office and abolishing its Secretary of State. This short-sighted move raises grave concerns about the ability of the government to ensure that the UK is contributing to an effective, long-term response to violent conflict overseas. DFID’s vital work to support civil society overseas and local communities working to build peace could diminish as a result.

“While joined up policy making is crucial for addressing conflict overseas, scrapping one of the government’s departmental tools is not the way to achieve this. With DFID holding a seat on the National Security Council, it is not clear how the UK will ensure that a developmental approach to these challenges will now be fed into its national security policy.”

“Having a strong international development voice in the NSC improves the UK’s national security approach by focusing attention on the causes of conflict, such as political exclusion and marginalisation.”

The centrality of overseas development to UK interests has been set out in previous national security reviews – with the National Security Capability Review in 2018 noting that ‘development helps create the foundations for global security and prosperity. As a result, development assistance is an essential part of the UK’s approach to national security.’ This – and the vision of global Britain that works to build a better world – could now be threatened.

DFID contains teams of internationally-respected experts, focused specifically on conflict prevention and peacebuilding, which have for decades worked to build conditions for peaceful societies around the world. DFID is committed to spending 50% of its budget in conflict-affected and fragile states. The potential merger also raises questions as to how the government would replace DFID’s unique expertise and role on the National Security Council, where it is represented by its Secretary of State, and in the Joint Export Control Unit on arms sales licensing.

“Not only is DFID a bastion of specific conflict expertise, but an independent DFID has built up a track record of ensuring aid is spent well and transparently on behalf of the UK tax payer and for those most vulnerable around the world. It is not clear how that quality of work would be safeguarded if the department is scrapped”.

The UK government should commit to keeping an independent DFID and set out how it intends to improve aid spending across other government departments, and safeguard or expand DFID’s inputs to the National Security Council and decision making on arms exports. 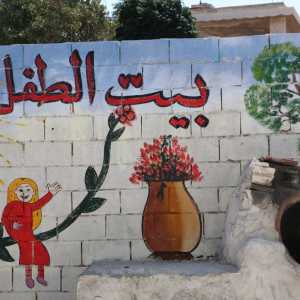 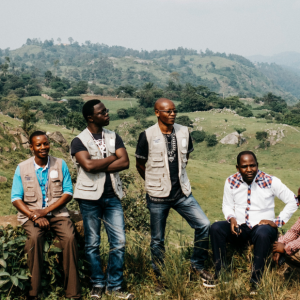 Batoul is 16 years old and lives in Syria. She is the only girl in a family of three brothers. Over the last nine years, she and her family were displaced three times from the countryside of Idlib to the city of Kafr Takharim.  Read more »

It is with great sadness that we share the tragic news that our friend and partner in the Democratic Republic of Congo, Henri Ladyi, passed away last night. Today, we remember Henri’s remarkable life and contributions to peace. In a country ravaged by cycles of recurrent violence, he always held on to hope. Read more »