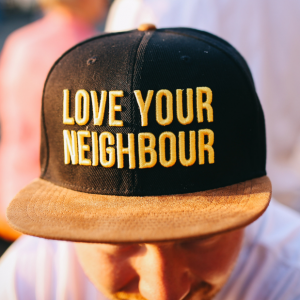 Our Development and Administrative Associate Christine Trillana, an Asian American woman, expresses her fears over the rise in hate crimes against her community. She calls for us all to engage bravely with efforts to end violence, and shares resources to stop Asian hate.

June 19 was Juneteenth. It commemorates the proclamation of the end of slavery in the U.S. reaching the last Confederate State (Texas – two years after President Lincoln’s Emancipation Proclamation). Previously, Juneteenth was written off as another human interest topic whose relevancy rises and falls in its passing (like why we need Daylight Savings Time). But with the latest wave of … Continued

If you work with a peacebuilding organization, shouldn’t you be able to define peacebuilding? After almost two years of working with Peace Direct, I still struggle with the term. Forget trying to be correct by academic and professional standards – I’m just trying to get the general public to understand well enough to be inspired. 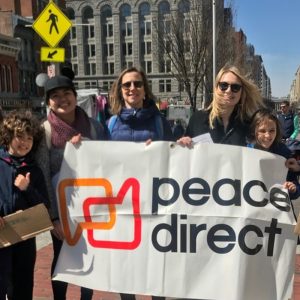 On March 24, 2018, Peace Direct joined the March for Our Lives demonstration in Washington, D.C., calling for common-sense gun reform in the aftermath of the Marjory Stoneman Douglas High School shooting in Parkland, Florida. The march was organized by high school students from Stoneman Douglas, who called on other students across the U.S. to join them. For many, it was their first time demonstrating – myself included.